Early in the development of the embryo, there is a point where there are just 8 cells. This is the last point where all the cells are the same. This is the last point in development before cells begin to differentiate. After this point, the cells that develop have specific functions. Some turn into skin cells, others turn into organ cells, etc. What cells they become is determined by their location in the embryo. That way we end up with all the pieces and parts in their right places.

Drunvalo Melchizedek tells us these 8-cells are immortal to the body. I call these cells the Embryonic Cell Cluster. If they are immortal, they must have a purpose. If cells differentiate depending upon their location in the embryo there must be some sort of signal that guides them. The ECC as the radio station

My theory is the Embryonic Cell Cluster (ECC) produces the holographic template for the body. Cells then differentiate based upon information from that template. When we are young, we grow fast and heal fast. The ECC signal is strong. There are fewer toxins and blockages affecting the template. As toxins and blockages build-up, the signal becomes weaker. As the signal becomes weaker, cells throughout the body don’t have as clear access to the information field.

Think of it as a radio broadcast. Not only must the broadcast signal be strong enough, but the receiver must be properly tuned to the signal as well. When we are injured, cells in the damaged area de-differentiate, then re-differentiate into the types of cells required to heal the injury.

If cells in the damaged area have incomplete or incorrect information, instead of proper healing they form scar tissue. Years ago, I developed a radionic procedure to work with the Embryonic Cell Cluster. The goal was to clear it and rejuvenate it, so it could ‘broadcast’ as strong a signal as possible. This formed a major part of my original Longevity Program.

The ECC does more…

From that work, I learned a lot about how important the ECC is to the physical body, but until now I haven’t done much further research. Simply by restoring and supporting the ECC, I found healing was much faster, scar tissues tended to disappear, and many subjects enjoyed tremendous physical benefits that lasted months and even years.

The signal from the ECC that forms the holographic template is scalar. That means only the effect is localized in time and space. It is becoming evident that the ECC tunes into that information signal and focuses it, but the origin of the information signal is not physical. The ECC forms the soul connection.

It is the connection point of the ‘silver cord’. In a very real sense, life does not begin at conception, but only after a soul is attached to the embryo. That soul attachment is the silver cord. Once the ECC is formed it attracts a soul to attach to it. This typically doesn’t happen until the Chakras are formed, but it gives us a starting point.

Each of the 8 cells seems to be the ‘mother’ of a body system. While the ‘mother’ embryonic cell does not seem to have control or command over the other cells, it does still have connections and attachments to the cells of its system. This nugget will require more investigation, but before I got into it further, I became distracted by another idea.

As above, so below.

Everything in our reality is built on fractal layers. As above, so below is the guidepost for understanding most of the things around us. That means when we understand something at one level, we can expect to see similar patterns in the levels above and below. A perfect example of this is looking at the human iris and comparing the similarities to how certain nebula look. Of course, there are differences in the levels, but in every single thing, I have investigated there ARE fractal levels.

With that in mind, if there is a control center for the body that tells cells how to differentiate, then there are similar functions in fractal layers above and below. Here is where it gets interesting. Once you know something exists, that does not mean you know ANYTHING about what it does, until you take the time to investigate. With radionics that is quite easy. We teach our beginning students how to carefully craft intent statements and cold scan new frequencies. In this case, all we know is the structure. We know enough to describe how to find it, but don’t need to know what it does. In this case, we know there is an Embryonic Cell Cluster. We also know there is a fractal layer above the physical and that there is something at that level that performs a similar function.

So we simply could scan for the fractal layer above the physical for the Embryonic Cell Cluster. Once we have that, now we can start to figure out what it is we have. Now let’s go a little deeper. In every aspect of this reality, we know there are fractal layers above and below. So, if there is a collection of cells that form the holographic template for the cells of the body, could there be a similar template for the organs? And another for individuals of a specie? What about the templates for the lower fractals?

Conclusion
The only way to find out is to build the reagents, test them, and see what they do. That is real research. That is where we push the boundaries and see beyond our current horizon. If you are up for that kind of work, the Kelly instrument packages are ideal instruments to do that. You are not restricted by anyone else’s thoughts, prejudices, or preconceptions. Just look at what we have developed in the last 2 years. Just think of what we can do in the next two years.

Tags: history of radionics, learn about radionics, What Is Radionics Healing 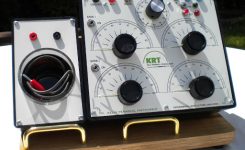 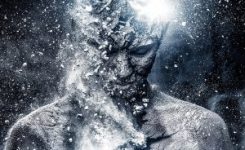