Life force is described by many different names.  In the East it is Chi, sometimes we hear it referred to as orgone or Od.  Each tradition describes different properties so while they may all be referring to the same thing, perhaps they are referring to a combination of different things.  I will not dispute the research or traditions from thousands of years.  So while I have called this energy ‘Chi’ perhaps I am describing something different as well.

In any case, there are three distinct energy patterns associated with life.  These correspond to the three different types of bio-photons.  Each type of bio-photon can be found with a type of Chi.  So for simplicity, I named these Chi-states after bio-photons.

These three forms of Chi may be simply different polarities, as pictured by the Yin-Yang symbol, the dark, the light and the interface of the two.

My research indicates that an organism has a limited capacity for Chi at any given time.  This capacity can be increased or it can erode.  The average person today maintains about 18% of their optimal amount of Chi.  However, that small amount is broken into the three forms, roughly 1/3 of each.

So our ability to generate new cells, repair and heal is only a fraction of what it could be.

There are several exercises that can increase the volume of Chi, this reagent does NOT do that.  It works to shift the balance of available Chi to the Regenerative form (R Chi).

I have found it to be a valuable addition to my radionic toolbox and is also very useful carried as a talisman, part of an elixir, or used topically.  Field testing has shown it is useful in situations to speed healing, especially in cases where healing has been an issue.

R Chi works at a very deep level to feed the repair and healing functions of the organism.  It supports existing repair functions.  Just as Somasols work on the cellular level, R Chi works with the Somasols and bio-photons to promote optimal cell health.

It will help move an organism out of cellular-self-destruction into cellular repair. That being said, the effects may be subtle at first.  Organisms are structured so that the most critical issues are healed first.  Those issues may not be visible. Given that studies show even cancer may take up to 8 years to fully manifest, R Chi could be healing issues that are that deep or even deeper. R Chi does NOT deal directly with symptoms.

In any given system, there are some cells and organisms that are reproducing, some are repairing and some are self-destructing.  As organisms mature, fewer cells reproduce, and more tend to self-destruct.  R Chi moves the Chi ratios so that a majority of the Chi (life-force) in the cells is concentrated in the regenerative mode.

For young and growing organisms, this would tend to slow growth.  Livestock producers and crop producers typically want more of the Generative Chi (G Chi).  However, for an older animal (pet or other), or perhaps a valuable race horse, slowing the degenerative process may be exactly what is desired.

For fields where the decomposition of crops residues is required, R Chi would tend to slow this process.  However, if your business was selling puppies, kittens, chicks, or other baby animals, then slowing the maturation process of these animals until they are sold would be advantageous.

In any case where an infection is rapidly spreading or perhaps a pest is rapidly proliferating, moving the balance of Chi into the Regenerative mode would slow the spread.  So suppose an animal has an infection; broadcasting R Chi will help the animal to repair the damage while it slows the spread of the infection.

Since an invading pathogen is typically outnumbered by the host, slowing replication may be all the advantage the host needs to overcome the infection.

Now here comes a word of caution.  While R Chi has been known to speed the healing process, sometimes healing can be too quick.  For instance, in the case where the physician has immobilized the damaged tissues, quick healing can increase the chances for adhesions.  So while the doctor is thinking the limb needs to be immobilized for weeks, when R Chi is used, the tissue may respond as if it had been immobilized for much longer……

R Chi may also be used to increase the storage and display life of quality produce.  Likewise if you had a biologically active compost spray or a probiotic; to keep it stable you want to discourage both growth and decomposition.  Once you start using it, of course you want it to grow, but not before.

Think of other situations where you don’t want growth or decomposition…..

Since I dread going to the dentist, R Chi is a natural for me to put into my toothpaste…..

On the same lines, we don’t want the wood on our deck to rot.  Rot is decomposition.  So how about we broadcast R Chi to the home to stabilize whatever organisms are growing there?

Suppose a storm has damaged a crop.  R Chi will help the plants heal faster.  Likewise when alfalfa or clover is cut for hay, R Chi will help the fields to recover.  Anytime a plant is injured, think of how you can use R Chi, whether that is after pruning, or transplanting or even after harvest if the plant has been damaged.

Suppose you intend to harvest lettuce, but you suspect that it may soon bolt. When a plant moves into reproduction from growth, it is moving from a male process (growth) into a female one (reproduction).  R Chi will help delay reproduction.

Now remember, R Chi will change the balance of Chi in the organism but it will not necessarily increase it, so it is a valuable tool to promote healing but not the only one.  When I use R Chi, I use it in conjunction with several other reagents (frequency packages).  That way I can increase the amount of biophotonic energy (thereby boosting Chi) and further support the cells internal repair mechanisms.

This should give you some ideas on how versatile R Chi is.  As you develop your own applications, please keep me informed so I can pass them on

An interesting pair of cases (audio)

An interesting pair of cases (audio) 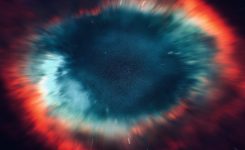