History of Radionics | The art of radionics! What is it?

Before we get int the History of Radionics, I think its best you find out what exactly is radionics? Using special designed instruments that construct  familiar electric units. Radionics are able to use these tools and instruments to tune in to the levels of nature. Radionics is a form of medicine that claims any disease in the body can be found by applying electromagnetic radiations (EMR). Overall radionics is a bit similar to the practice of Dowsing and in fact uses technique included within dowsing.

The History of Radionics began in the early 20th century as a medical modality. It is know all throughout Europe as a healing- art. Though legal in Europe, It is Illegal in the United States for medical use. Radionics is not only used for medical purposes but it is used within professions such as veterinarians, farmers and herbalists. People are using radionics not only within there professional field but also uses it within their personal life to.

Dedicating most of his life to his original studies on the human nervous system, the father of radionics Dr.Albert Abrams, born in 1863, received this nickname after revealing the practice of radionics. Found back in 1909, Dr. Albert Abrams was able to sense different measures of radiations in the bodies organs and tissue. Some other ways his equipment worked were being able to sense not only radiations, but finding the location of disease, locating and measuring foreign micro-organisms and measuring amplitudes of multiple types of pathology.

Dr. Abrams practice on radionics grew so big that people everywhere wanted to be diagnosed by him. But there were people wanting to see him from all over that were to ill to travel. So Dr. Albert Abrams solution involved experimenting with blood specimens. He found out that blood can carry all radiations of the entire body. This can be used as a substitute for the patients when they cant physically be there.
Sadly Dr. Albert Abrams passed in the year 1924. But his life’s work was so huge that other scientist have kept up with the research on radionics Creating more new and improved instrument designs for their studies. Radionics is still used today with millions of people healed and health. 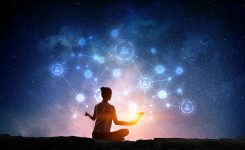 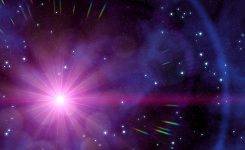 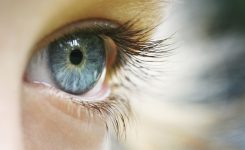 Radionics Intent - Examining What We Do